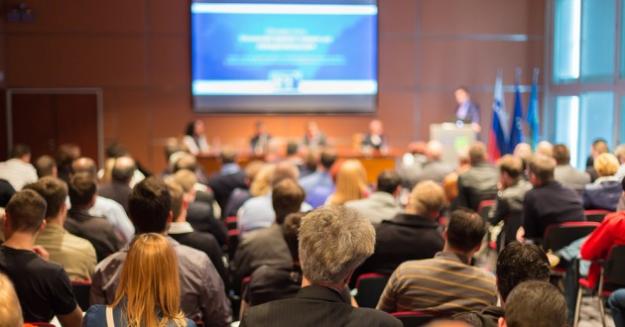 Separate national economies around the planet operate in more or less globally integrated ways because of the ships, ports and terminals that facilitate the movement of goods and services by means of extended supply chains. For this reason, the secure operation of ships and facilities – physically and virtually – is critical. As the Internet and other technologies more closely connect the world’s economic engines and industries, maritime security is increasingly important, and maritime companies and professionals are constantly adjusting to the changing world and altered demands.

This important conference encouraged the understanding of extant changes and promoted discussions of security from the perspective of charter parties, a panel about cybersecurity, the importance of simulators to security training, cybersecurity and blockchain technology.

“The continual demands of Maritime Security are a hotbed issue. Security in general, and cybersecurity in particular, are together a major concern, especially in a world where perhaps, by 2030, more than half the ships on the blue water ocean could be autonomously controlled by artificial intelligence and human crew based in shore offices,” said Larry Howard, Senior Professor of Global Business and Transportation and co-chair of the MARSECON II organizing committee.

Prof. Weiss will discuss maritime security clauses in time charters, including the most recent version of the New York Produce Exchange form (NYPE 2015). Earlier versions of the NYPE and other forms of time charters were less concerned with many maritime security matters (terror, stowaways, piracy, smuggling, etc.). Of course, this was prior to September 11, 2001, stricter attention to maritime security overall, and the implementation of the International Port and Security Convention (ISPS) and other legal regimes.

The Conference ended at  2:30 PM following a question and answer session with Daniel Wilson.