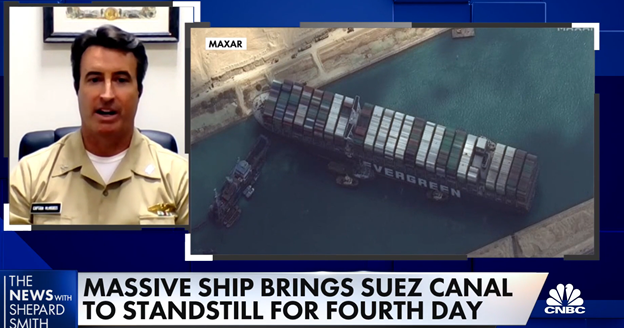 On Friday, March 26, during the CNBC show, "The News with Shepard Smith," Captain Morgan McManus, Master of the Training Ship Empire State VI, offered his expert opinion on the container ship blockage at the Suez Canal.

Having navigated various ships through the waters of the Suez Canal multiple times throughout his career at sea, Captain McManus discusses the challenges associated with passing the canal in this segment on "The News with Shepard Smith."