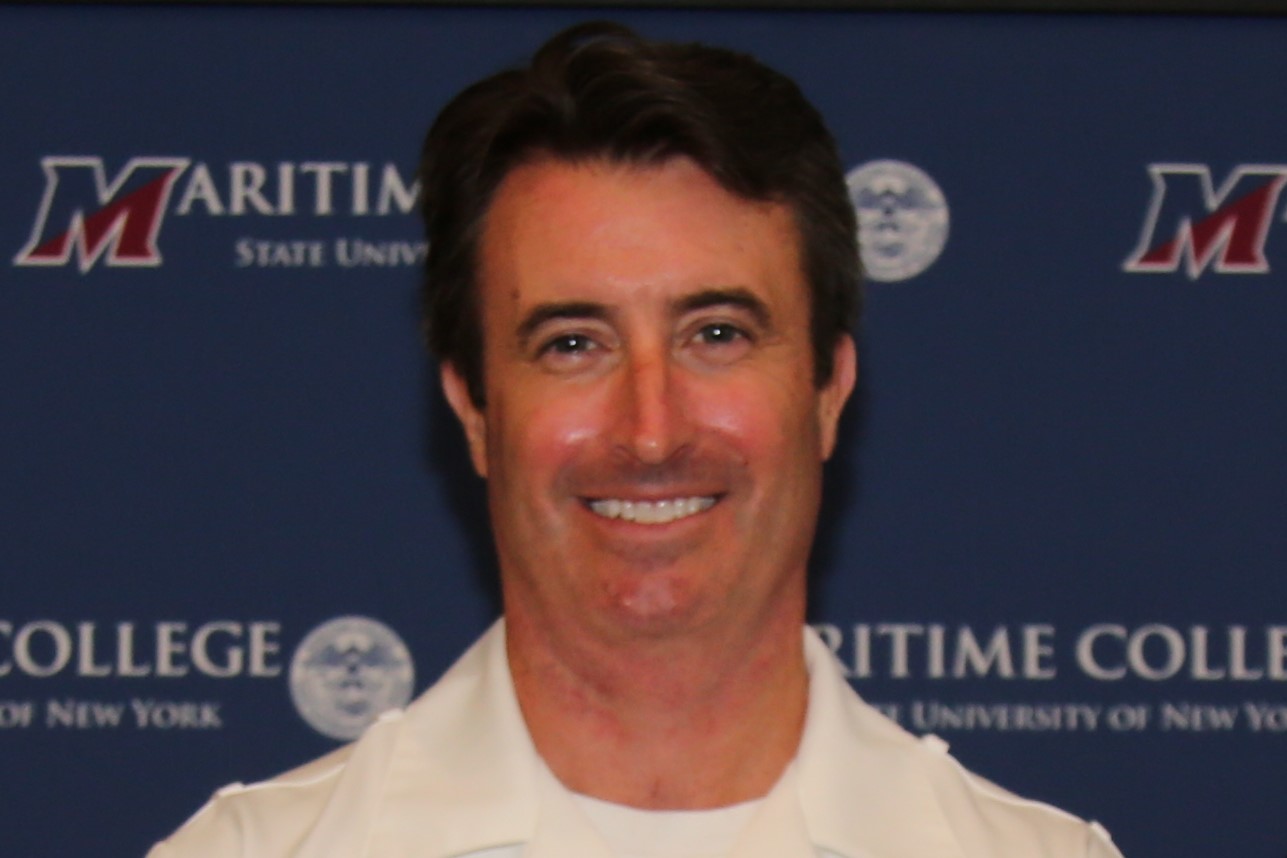 Captain Morgan McManus, is a graduate of SUNY Maritime College Class of 1992 with a Bachelor of Science in Marine Transportation. He holds a Master Unlimited Tonnage License with Offshore Installation Manager endorsement from the U.S. Coast Guard.

After graduation from Maritime, he sailed for various tanker companies carrying crude and clean petroleum products. Captain McManus also worked a few years shoreside as a shipbroker before returning to sea in 2000.

In 2007 he received his first Captains command of the SS Cape Jacob (sister ship to the Empire State) carrying ordinance for the U.S. Navy throughout the Pacific.

During leave from the SS Cape Jacob, Captain McManus served as a Watch Officer aboard the T/S Empire State VI during summer sea term cruise.

Prior to returning to Maritime, Captain McManus worked for Rowan Companies as Master/OIM of their Ultra Deepwater DP-3 Drillships.