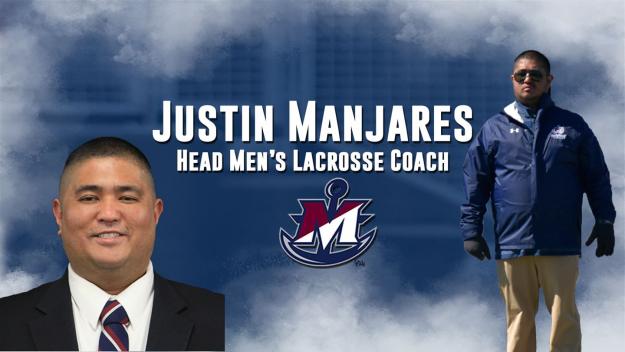 Justin Manjares has been named the new head coach of the Maritime College men's lacrosse program, as announced by Director of Athletics, Kristofer Schnatz, on Tuesday, July 9. Manjares served as the interim head coach this past season, where he led the Privateers to the program's first Skyline Conference championship and a first-round win in the NCAA tournament. Prior to the 2019 season, Manjares began his journey with Maritime as a volunteer assistant coach in 2014 and has now worked his way up to the head coaching position. "Justin has been with the men's lacrosse program for six years now, and after seeing what he accomplished last season we can't wait to see where he'll take the team next," said Schnatz. "We're very excited to have him on board full time and that he will continue to keep the program moving in the right direction."

Prior to the 2019 season, Manjares and former head coach Dan Lawrence helped lead the Privateers to the No. 2 seed in the conference with a 10-5 overall record and 4-2 in Skyline play. "I owe a lot to coach Lawrence for giving me a chance six years ago as a volunteer assistant and helping set me up for success," said Manjares. "I think that he played an important role in setting the program up for the success that we saw last year and I'm excited to keep that success going."