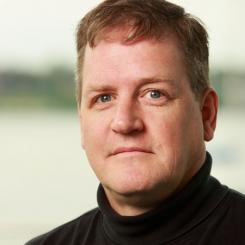 Dr. Holmes teaches freshman English, Shakespeare, science and literature, and world civilization and culture courses, among others at Maritime. His research interests include Shakespeare, English Renaissance literature, science and literature, and maritime policy. Before coming to Maritime in 2008, he taught at John Abbott College, University of Toronto and Concordia University. He has published several pieces about Shakespeare and his contemporary authors and playwrights. At Maritime, he has coached the ice hockey team, worked with technology groups and developed international programming.